Two Snakes and a Frog 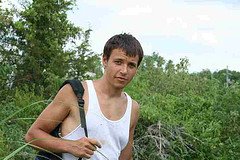 Yesterday my son Norman and I were hiking on the East side of Haskell Avenue and 31st St in Lawrence when Norman noticed a disturbance in the water caused by two large Northern Water Snakes struggling to eat the same frog. Fortunately I had my telephoto lens and was able to document the fun...


We missed the initial part of this encounter, but we think the snake on the left had just latched on the hind end of this big bull frog that the other snake was trying to swallow head first: 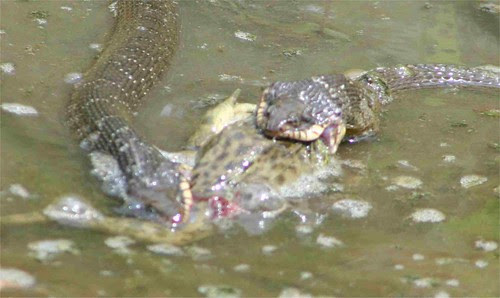 Curiously, the snakes should have been able to see each other but didn't seem to interact with each other. Nor did they seem to notice us...But we were on the other side of the stream: 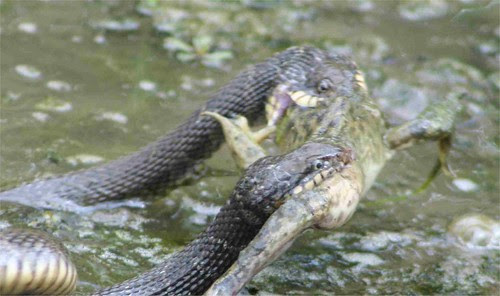 Finally the snake that had been trying to swallow the frog from the rear gave up living the frog to the other snake. 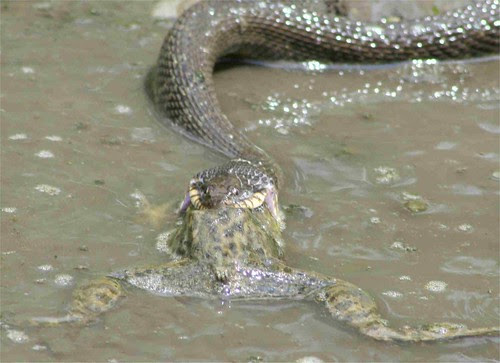 But the snake had real difficulties here because it could not get the frog's front legs in its mouth and eventually the snake headed away from the water and up the bank... 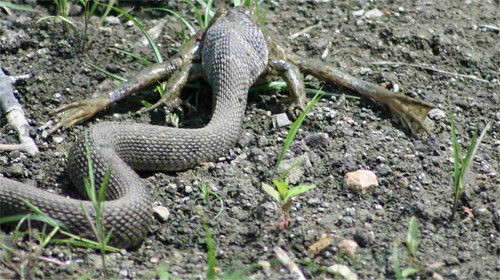 And the eventually the snake went into the brush with the frog... 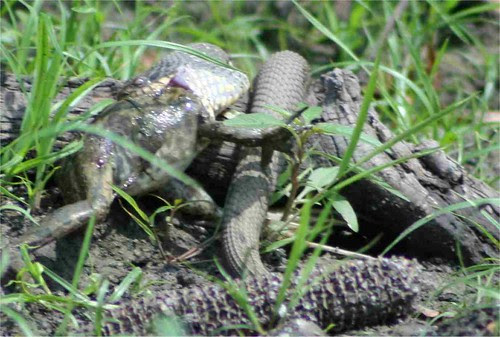 We don't know if the snake succeeded in swallowing the frog, but we hope so!

Again, great photographs. I hate snakes, though. Those almost look like pit vipers. Are they poisonous?

No, lots of people have the idea that they are cotton mouths but water snakes are non-poisonous. Not the most friendly snakes though.

I had just snapped on my telephoto lens for the very first time and was experimenting with it.

DANG!!! Those are some smokin pictures. CREEPED me, though.

poisonous or not, that is just disgusting!! Natural, but disgusting! And I suppose I should say "great photography."

Well I did warn you!